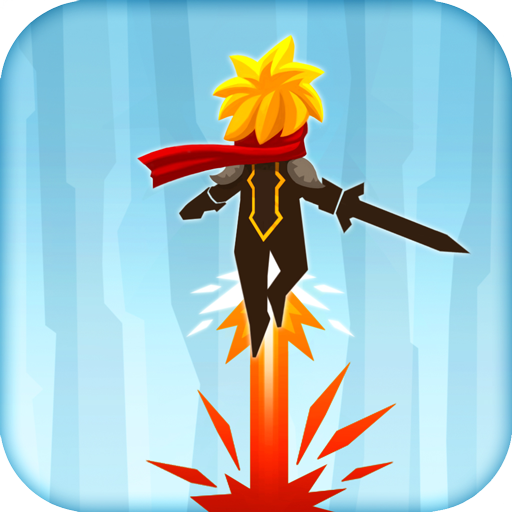 Download Tap Titans 2 For PC: Mobile games are getting featureful pretty quickly, and sometimes you can’t really differ between a game for mobile and one designed for a gaming console. However, there’s a new genre of mobile games on the rise, which involves simple tapping. 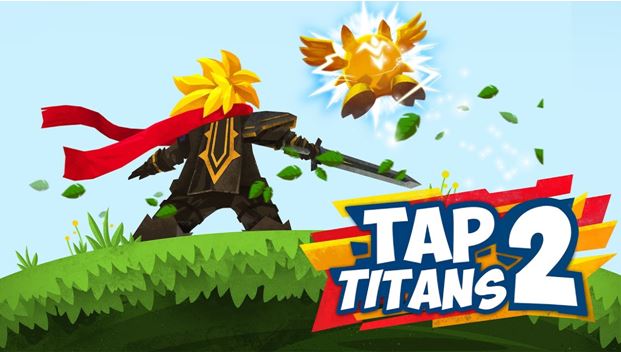 Yes, you don’t really have to employ difficult tactics to win or defeat the monsters. All you have to do is tap, tap, and tap. One such game is Tap Titan 2, which can be super fun to play if you like such games.

With just one control, you’d think the game would be easy and quick. However, it’s not as easy, which is what makes it so addicting.

What is Tap Titans 2 Game?

Tap Titan 2 is a tapping game where you have to defeat monsters and titan to save the world, one tap at a time. The game revolves around tapping, hence the name.

It’s a mobile game designed by Game Hive Corporation. The main protagonist is a man with blonde hair, black attire, and a red scarf. You, as a player, will control this character.

Along the way, you will gain artifacts that can be used to gain more power. That ultimately helps you beat even more monsters.

There are plenty of stages and new upgrades coming frequently, so the game virtually doesn’t end. It also has somewhat of a multiplayer element as well by allowing you to hire other fighter allies. They come in handy in higher levels when the titans and monsters get really powerful.

Every time you’ll go back into the game, you can collect gold coins. You can also earn coins by watching advertisements.

The gameplay is pretty simple: you have to tap to kill the monster. The faster and the more frequently you tap, the more damage occurs. As you defeat the monster, you move to the next level, where another monster weights for you.

Sometimes, it may take multiple tries to defeat the monster. That can result in an adrenaline rush to beat them if you fail to do so on the first try.

As you progress, you can unlock special skills that deliver more damage. Those skills can be enabled by tapping on their icons at the bottom of the screen. However, every time you use a special skill, it consumes mana (another feature for strength in the game).

Another cool feature is that you can also upgrade your character’s gear as you progress and find more stuff.

You can get more mana from the fairy, although it regenerates with time automatically.

All in all, the gameplay is interesting and keeps one hooked. 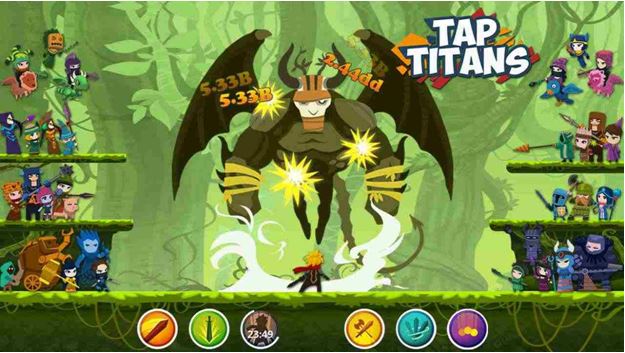 For a mobile game with tapping as the only control, Tap Titan 2 has more than decent graphics. Typically, tapping games don’t really pay attention to graphics that much, but this one is an exception.

In addition to that, the makers have also added a cool soundtrack. You can turn it on or off as per your preference.

You may be also like to see Must have iPhone Apps In 2021.

How to Play Tap Titan 2 on PC?

You know what would be even cooler, playing Tap Titan 2 on PC (2021). Yes, it’s a tapping game designed for touchscreen, but you can also play it with a mouse. In fact, some may do a better job with a mouse or touchpad than with their fingers.

And if you have one of those laptops with a touchscreen, even better!

But how to play it on PC?

You can download and install the Nox Player Android emulator that lets you play Android games on PC (both Windows and Mac).

Alternatively, you can download the game from the Google Play Store within the emulator.

Conclusion
The Tap Titan 2 is a great game that has a little bit of everything: high-quality graphics, interesting gameplay, customization, and teamwork. Once you start playing, you’ll have a hard time giving up on it. The good thing is they keep adding updates, so you’ll have more levels to achieve and more monsters to beat.
previous post